Last year, or it might have been the year before last, our mailing lists at MailChimp (there’s one for our customers at Ebooks Direct [sure, go to the form at the bottom of the page here if you’re interested in signing up] and one for DianeDuane.com generally [ditto, the form’s at the bottom of the sidebar here]) got big enough that we had to move from MailChimp’s free model to the paid one. So we did, and I didn’t give the issue another thought;  but at the end of that year, in what I assume is an associated event, something arrived from MailChimp at holiday time.

It was a pair of socks. The socks have MailChimp’s mascot Freddie on them, and I kind of laughed and put them aside as a nice thought. But eventually I wound up wearing them one morning when all my regular socks were in the wash… and was astonished to find that they had some of the best stay-up-ability of any socks I’d ever worn: as good as what until now I’ve been thinking of as the best ladies’ socks anywhere, the ones sold by the German drugstore chain Rossmann. (Their knee socks are the best, especially the knee-highs for under-trouser wear and wear with boots. Sleek, smooth, hard-wearing, and they stay the feck up. Trust me — find a Rossmann, get in there, buy socks.)

Anyway. I came across the box this morning and found that I’d saved the tags from the socks, probably with the intention of finding the company who’d made the socks and buying some more that didn’t have chimps on them.  Interesting, though, that some minutes of Googling gives no indication of where they come from (except the tag says “Made In China”, as I’d sort of half suspected). And at MailChimp…

Yes, well. Not unexpected. So now I find myself in the position of having to write to MailChimp and find out what I can about where these were sourced and who else their source might be supplying.

The joke, though, is figuring out under which category to mail them… 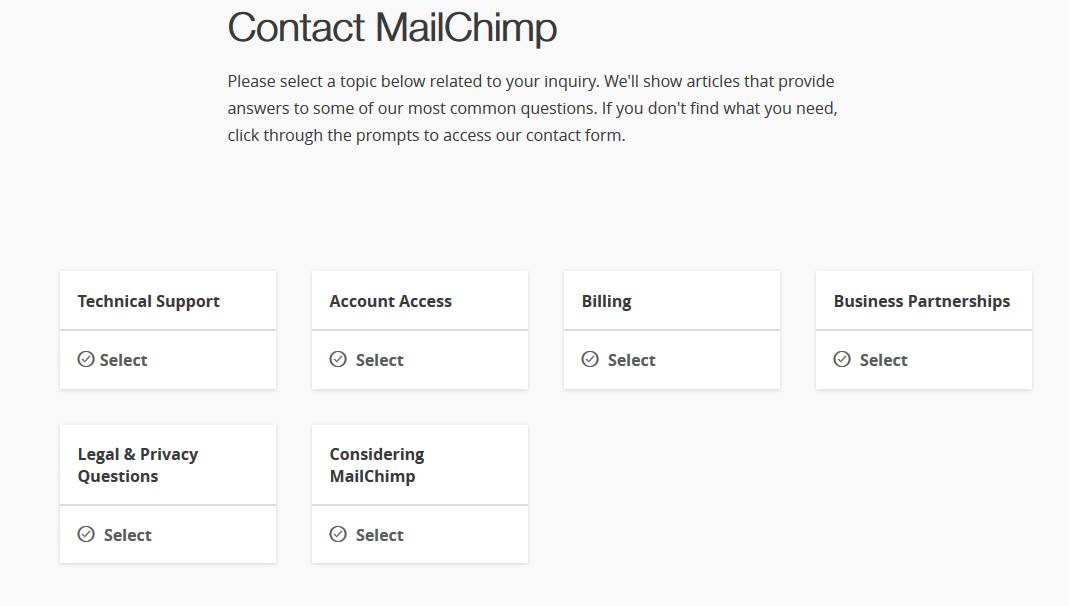 I don’t think the Technical Support folks are going to thank me if I get onto them about socks.

Never mind. I’ll report back on this later.

…And yes, folks, the new dashboard is very nice. Now about these socks…

Cyber Monday? Yeah, we’re doing this too (till Friday!) For Cyber Monday at Ebooks Direct, everything in the store, everything in our catalog, is 50% off from now until 1 minute before midnight Hawaiian Standard Time on Monday Friday night, December 6th.

Just use the discount code CYBERMONDAY at checkout.

“Everything” includes our newest offering, the complete 9-volume set of the revised and updated New Millennium Editions of the Young Wizards series — an amazing bargain at the one-time sale price of USD $27.50, just a shade over $3 per ebook! There are all kinds of goodies on offer — from Diane Duane’s standalone fantasy novels like the urban fantasy / police procedural Stealing the Elf-King’s Roses and the historical fantasy Raetian Tales 1: A Wind from the South, to Peter Morwood’s “Clan Wars” prequels Greylady and Widowmaker (out of print for a time from their UK publisher, but now available exclusively here in updated versions) and his classic “Tales of Old Russia” series, both in individual volumes and the new 3-volume omnibus ebook.

All our books are available in the major ebook formats, all are DRM-free, and many are available in multi-format bundles at no extra cost (because why should you have to pay extra just because you have more than once device?) All you have to do is use the discount code / coupon code CYBERMONDAY at checkout. (A walkthrough showing how to use our discount codes when checking out is here.)

So relax and explore what our store has to offer! You don’t even have to move from wherever your computer or mobile device is (that’s got to be a relief…). And you can also sign up for our general mailing list in the footer at the bottom of the page if you’d like to be kept informed of new releases across the bookstore.

Whatever interests you, thanks for dropping by, and have a super Cyber Monday! (And all week until post-Cyber Friday. Or indeed, as it was called earlier, the Feast of St. Nicholas.)

You could not make this up.

While looking for more info about Queen of Hungary Water, I stumbled across this at a Hungarian perfumer’s site:

Sounds lovely. Especially when you consider that Méchant Loup can be translated as…

(Queen of) Hungary Water: an inquiry

My husband likes to smell good in lots of different ways. As a result, he collects colognes — almost none of them the big names familiar in high-street shops and department stores. What P. mostly likes are less well known fragrances like the Extract of West Indian Lime from Geo F. Trumper’s, or the terrific “Number Six” made by Caswell-Massey, a former favorite of George Washington’s (the Marquis de Lafayette sent him some: the company apparently still has the sales order).

Just about his only venture into mainstream fragrancing has been at the Crabtree & Evelyn end of things. But this has proven very frustrating over time, as he keeps finding colognes there that he likes, and almost as soon as he finds them, C&E  in turn discontinues them. Their “Gentlemen’s Cologne” was the first of his favorites to go this way (and though it was an okay fragrance, I can’t say I wept too much over this, as the stuff was so heavy on the bitter aloes and myrrh that kissing him was like getting up close and personal with a nail-biting cure).

But they also discontinued one that was way more pleasant, and had an interesting history. “Hungary Water” is short for “Queen of Hungary Water”, a modern version of what may be the oldest compounded fragrance on record (the OED citations go back to the 1500’s; the fragrance itself may be much older, dating back to the 1300’s or thereabouts depending on which Queen you think you’re dealing with). It’s really terrific, a fresh clean aromatic scent; but P. won’t use it because the one bottle is all he’s got. And in this economy, our original plan of eventually taking the stuff to Paris and hiring a parfumier to analyze and reproduce it is going to have to wait.

Now surely a fragrance this old and venerable hasn’t simply vanished. While I’ve found some homebrew-y versions out there on the web, I’m not entirely convinced of their bona fides. Some of them get confused and base their preparations on a vinegar-based re-invention of the stuff that dates back to the 1980’s or so. Others  get kind of carried away with legends about the Queen or the prospect of the stuff’s possible curative properties. …Though so did Culpeper. Check out this quote from his 1693 Pharmacopeia Londoniensis:

“The water (containing an infusion of spirits) is admirable cure-all remedy of all kinds of cold and humidity-induced head ailments, apoplexies, epilepsies, dizziness, lethargy, crippleness, nerves diseases, rheumatism, flaws, spasms, loss of memory, coma, drowsiness, deafness, ear buzzing, derangement of vision, blood coagulation, mood-induced headaches headaches. Relieves toothache, useful for stomach cramps, pleuritis, lack of appetite, indigestion, obstruction of the liver, obstruction of the spleen, intestinal obstruction and contraction of the uterus. It receives and preserves natural heat, restores body functions and capabilities even at late age (saying has it). There are not many remedies producing that many good effects. Use internally in wine or vodka, rinse temples, breath in with your nose.”

(Wow, Nick, is there anything this stuff doesn’t do?)

Anyway, while the above variants are interesting in their way, my normal response when trying to find the best version of a traditional fragrance is to try to figure out where the source is, and get some there (as, for example, what you would consider the trope namer if this was going to be TV Tropes: if you’re into cologne, you go to Köln / Cologne, where they have for centuries made 4711 and its great rival Farina, and there are huge noisy tussles in the media as to which one is most traditional or best).

So theoretically, for Hungary water, it makes a certain amount of sense to look around for it in Hungary. All I need to know now is: what is Hungary water called in Hungary? Does it have a Magyar name, or are they using French terminology for it (which was commonplace enough in previous centuries)? And if the stuff is still distilled there, is there one Hungary water that claims to be the original one / best? When we have enough data, and especially if there are more than one of these colognes extant, we can hunt them down, try them out, and see which one is nicest.

Anyway, if anyone has info about this, please let me know.

This is a cool little thing

It’ll be available in May, apparently.

“We have put the sizzle into bbq design. Your bbq and herb-garden in one. It looks like a terracotta pot, but conceals a bbq grill underneath. Grow your herbs on the top to season the food you cook on the grill. It is ideal for small terraces or balconies and even looks good when not in use.

…The site has a lot of nicely designed stuff. I particularly like the fruit loop.