Not Really Hungarian Pork Chops
At the Ebooks Direct store: everything 50% off...
Playing with Terragen: the Jungfrau Massif
At the Ebooks Direct “office”: A chance meeting
CrossingsCon 2021: We’ve got dates!
Handling Twitter
2020 Hugo Nomination Eligibility: the Tale of the...
From the (theoretically forthcoming) CUISINES AND FOODS OF...
From the Winter Solstice, 2009: “Dancing in the...
Crossing the streams
Q&A: Getting into Star Trek, Managing IP work
Death in the Afternoon
Ludwig Bemelmans’ NY Oyster Bar Shellfish Pan Roast...
A Little Collection of Digital Mapmaking Resources
DD’s Dublin 2019 / Worldcon Schedule
Two Recipes for Chicken With Lots Of Cloves...
Tag:

In the “Something’s A Bit Wrong With This Sentence” department… 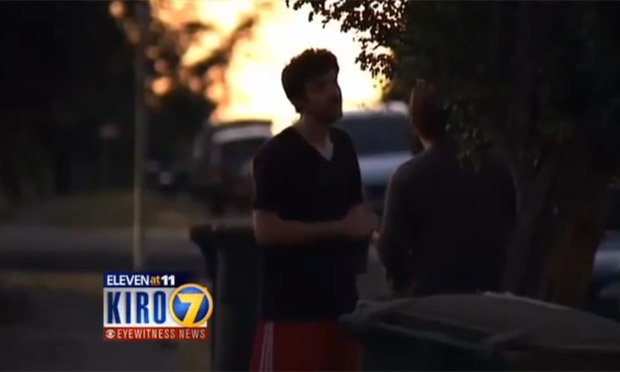 In the “Something’s A Bit Wrong With This Sentence” department…:

“A Seattle man burnt down his house on Tuesday after trying to kill a spider that he found in the laundry room with a homemade blowtorch.”

This is fascinating stuff. Apparently Radovan Karadzic decided that to successfully elude capture, he needed to ditch his armed entourage. Having done so, he then disguised himself as a very full-bearded white-haired guy with glasses and settled down in Belgrade, renting a suburban flat under a false name, passing himself off as a practitioner of alternative medicine, even working with a local GP. He moved freely around Belgrade for no telling how long, and apparently even the people who rented the flat to him weren’t suspicious of him.

Apparently he was actually caught (while traveling on a bus) three days ago: the delay in revealing they had him may have been because the authorities were waiting for the results of DNA testing to make sure they actually had the right man.

(headshake) In the “disturbing concept” department: the disguise makes him look a little like Albus Dumbledore.